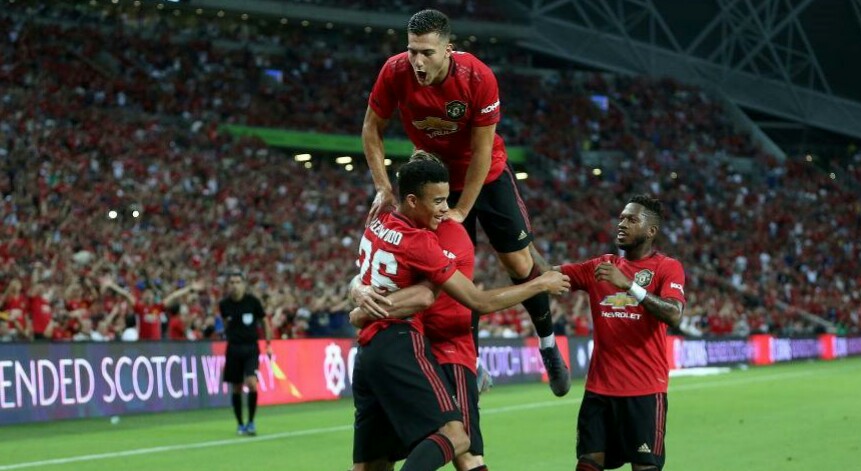 Ole Gunnar Solskjaer’s Manchester United have been the better team on the pitch but lack clinicality in the final third despite having the bulk of the possession. James and Anthony Martial wasting the best chances of the game.

Manchester United have so far made eleven changes, as they look to secure a late victory in the final 20 minutes.

The 17 year old that is taking the Manchester United World by surprise has done it again and this time, he does it with just six touches since coming in from the bench. Ashley Young sent in a free kick into the Inter box but the keeper Handanovic punches it into Greenwood’s feet, he impressively turns the Inter defender before him and fires in a well taken shot into the net. 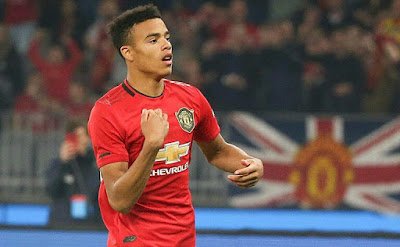 Subscribe in a reader
Enter your email address:
Delivered by FeedBurner
Goals (1 – 0) And Cards
⚽76′ Mason Greenwood 1 – 0 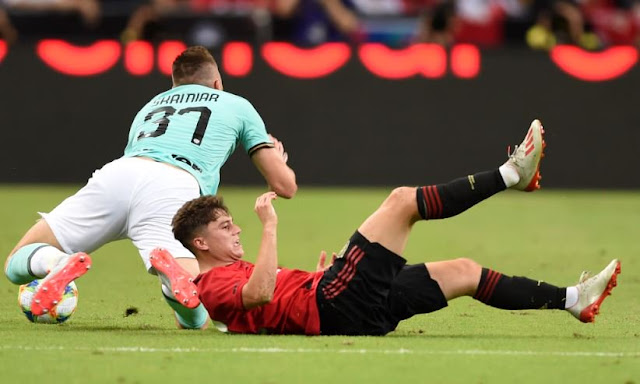 Manchester United Take on Internazionale Milano at the Singapore National stadium in their third Pre season outing and this marking their first International Champions Cup fixture of the summer.
Manchester United have so far won their first two preseason fixtures 2-0 and 4 – 0 respectively but Inter are leagues ahead of those opponents and will be the biggest test of the Ole Gunnar Solskjaer’s team of youngsters.