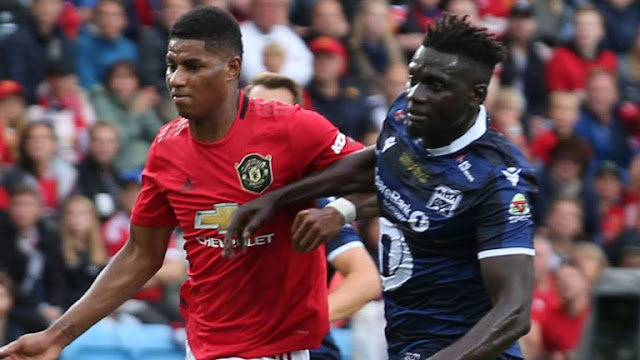 A moment of quality from Pogba who slides the ball through for Mata, who is in on goal. Vaikla rushes off his line and brings down the Spaniard to hand United a penalty.
Mata steps up to take the penalty and sends Vaikla to wrong way to hand United a late victory!

Manchester United will take on Kristiansund in Norway at the Ullevaal Stadion, their fifth pre season game this summer.
Ole Gunnar Solskjaer will be leading his team against his Son’s team. His Son, the 19 year Noah Solskjaer, features in the midfield and according to the Norwegian top flight manager had only praises for the youngster.