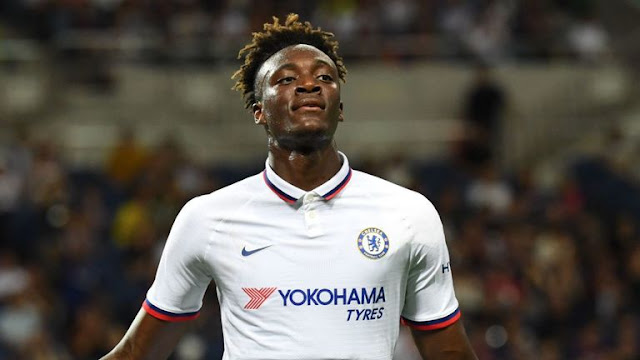 Jorginho get the ball from Sergio Busquets, plays a through ball to Abraham. The Youngster was directly through on goal and turns round Ter Stegen before scoring the ball into the empty net.

Goal Update : 81′ 0 – 2 Ross Barkley
Chelsea has over the past few minutes been exceptionally good and now they double their lead with just 10 minutes remaining. Bakayoko sends the ball over to Alonso, who plays the ball through to Barkley, who makes no mistake with a nice shot from about 20 yards.

Goal Update : 90′ Ivan Rakitic 1 – 2
Magnificent goal, Rakitic grabs a consolation for FC Barcelona at injury time. He gets the from about 20 yards out, pushes it a bit then fires the ball beyond Kepa, who had no chance. 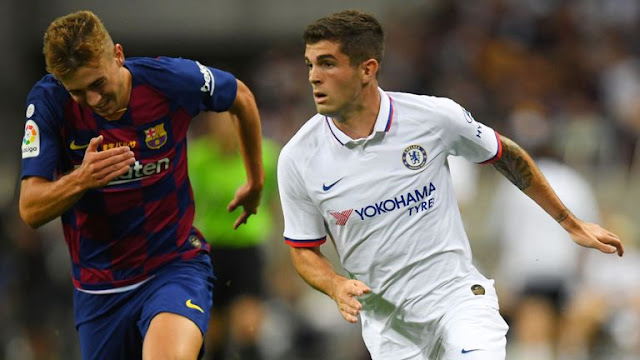 La Liga Champions FC Barcelona take on the the Europa League Champions Chelsea in a preseason friendly at the Saitama stadium in Japan.
FC Barcelona will having their first preseason game in preparation for the coming 2019/20 Season, while Chelsea FC have so far played twice, a 1 – 1 draw with Bohemian and a 4 – 0 victory over St. Patrick.
Frank Lampard will be fielding his team against their first world-class opposition and as usual, will be an opportunity to measure their quality against an opposition of Barcelona’s quality.
FC Barcelona will also be looking forward to testing the new additions to their squad and this includes Antoine Griezmann, who could be making his debut and his unquestionable quality will be experimented along with the forwards to view his adaptation.