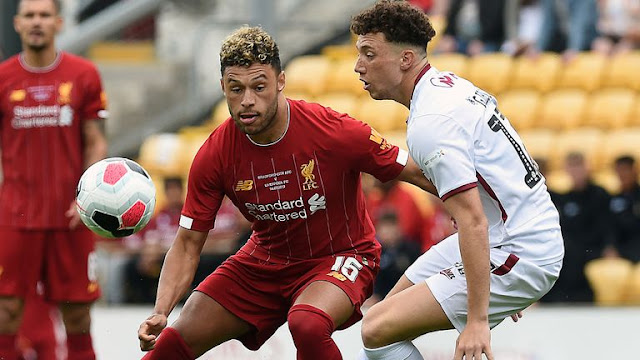 Key Moments Recap :
Goal Update : 13′ 0 – 1 James Milner
Liverpool pass their corner short to Milner, who sends a searching cross into the penalty area. Vaughan tried heading it iut but was only able to send it into his own goal.

Goal Update : 15′ 0 – 2 (pen.) James Milner
Kent is taken down by Scannell Scythes in the penalty area, as he was about to take a shot… Penalty is awarded by the referee and Milner steps up to the challenge, making no mistake in the finish.

Goal Update : 41′ 0 – 3 Rhian Brewster
Kent cuts back the ball back for Oxlade-Chamberlain, who fires a deflected shot into Brewster’s path and the forward makes it three from a thigh angle.

Goal Update : 81′ Eoin Doyle (pen.) 1 – 3
Lewis went for the ball but brings down Donaldson inside the penalty box. Doyle steps up to the box and makes no mistake, sending the ball straight down the middle for a Bradford consolation.

Brentford welcome European Champions and premier League runners Up Liverpool FC, who take on their second Pre season opponent. Their first ended a 6 – 0 trashing of Tranmere Rovers three days ago.
Liverpool FC will be heading to the US after this games to play Borussia Dortmund, Sevilla and Sporting Lisbon in their United States tour, which will begin on Tuesday.