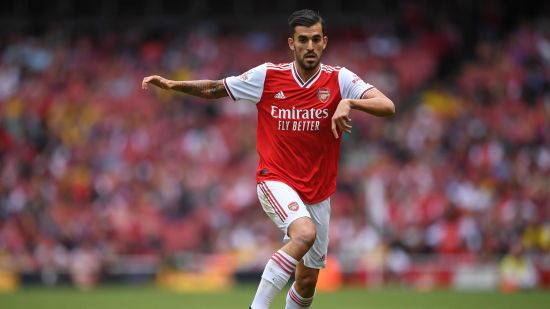 French side Lyon came from behind to seal a 2 – 1 Win over Arsenal FC at the Emirates Stadium on Sunday afternoon.
The Gunners found themselves ahead with a nice goal from Aubameyang, who converted Henrikh Mkhitaryan’s goalward cross after some good build up from Aisnley Maitland-Niles.
Emery brought in new signings Dani Ceballos and Gabriel Martinelli in the second half but this couldn’t stop Lyon from scoring twice in the second half and taking away the victory.

Moussa Dembele found the net twice to equalizing in the 66th minute and 10 minutes after, sealed the victory 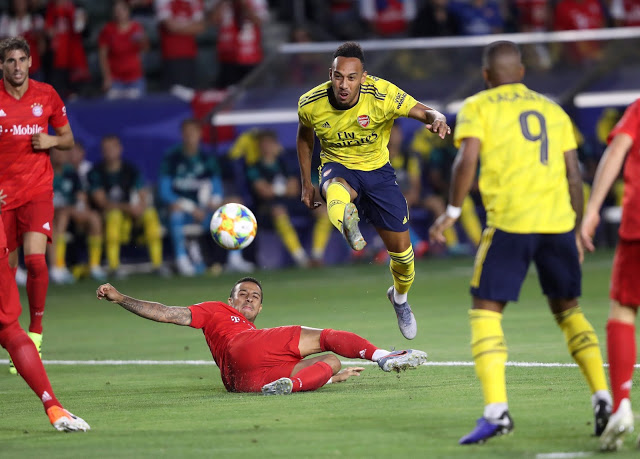 Arsenal FC will host Lyon on the 28th of August at the Emirates Stadium in a friendly game, as they look to be concluding their Preseason ahead of the new season.
The Gunners are doing great in their Preseason, as they have been able to muster wins over Colorado, German Champions Bayern Munich and Fiorentina before a draw against spanish giants Real Madrid.
Lyon are having their first Preseason game, after a lengthy break and will be expected to be below par against a very fit Arsenal FC.