Lionel Messi Has Been Fined And Banned For World Cup Qualifier 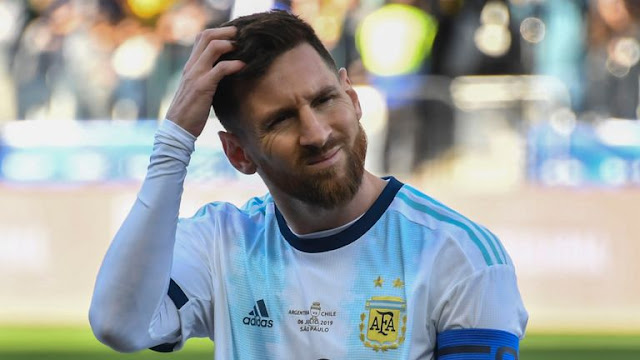 Argentina forward Lionel Messi has been fined £1500 and banned for the first qualifying march for the 2022 World Cup by the South America soccer governing body CONMEBOL.

Lionel Messi got Controversially sent off in Argentina’s 2 – 1 Copa America third place win and the football governing body claims its decision is based on the sending off and nothing else.

Lionel Messi was sent off after a clash with Chile’s Gary Medel and after the game voiced out criticizing and claiming the tournament have been corrupted and his country got unfair treatment.

The 31 year old, later sent an apology for his statements against the football governing body but this didn’t stop CONMEBOL from dishing out the punishment.

The FIFA World Cup Qualifiers will begin in March 2020