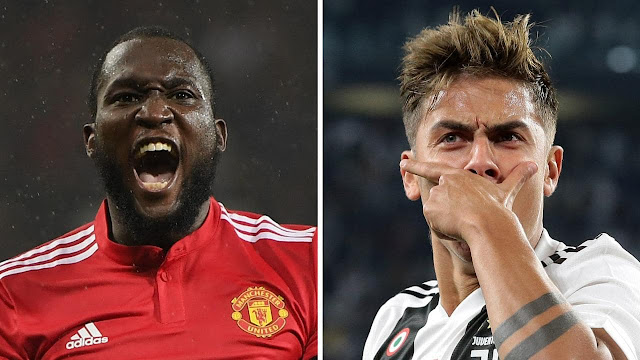 Italian Giants Juventus have made a shocking move for Manchester United  Romelu Lukaku with a deal involving a swap deal for Paulo Dybala.

Manchester United have already rejected an upfront bid of £53.9m from Inter Milan, with reports having it that United expect a bid of about £79m before letting the Belgium leave.

Inter had been the only serious side interested in forward till the shocking bid from Juventus and Antonio Conte had already expressed his desire to sign the 26 year Old from Old Trafford.

“But I repeat: today Lukaku is a player of United. I have great respect for United.”

Paulo Dybala had actually struggled since the arrival of Cristiano Ronaldo from Real Madrid, which has promoted the Italians to make such a bid but Dybala is presently linked with a move to Tottenham Hotspur and no actual information, if the Argentine actually wants to leave.