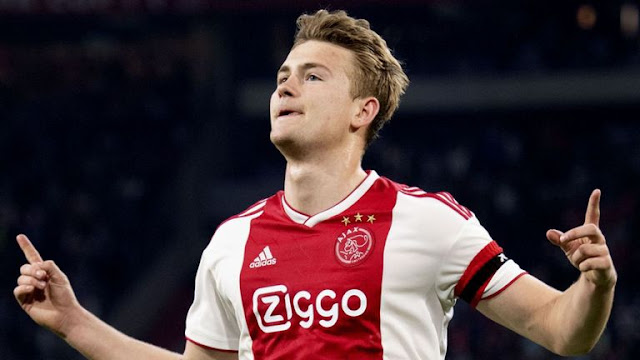 Italian Giants Juventus have agreed a fee Ajax to sign 20 year old centre-back Matthijs de Ligt, who according to reports will be in Turin on Tuesday to Undergo a medical on Wednesday.

The Old Lady are set to bring the Netherlands international in on a five year deal worth £67.5m (€75m) coupled with other bonuses. He will earn £10.8m-a-year plus bonuses during the five years.

Last season the 20 year old was a key player in the Ajax squad, which earned a Domestic double coupled with a UEFA Champions League semi final achievement.

Ajax have already confirmed Matthijs de Ligt won’t be traveling with the squad for their preseason games because of his possible move away from the club.