Jesse Magdaleno Vs Rafael Rivera On Navarrete Vs DeVaca, Aug. 17 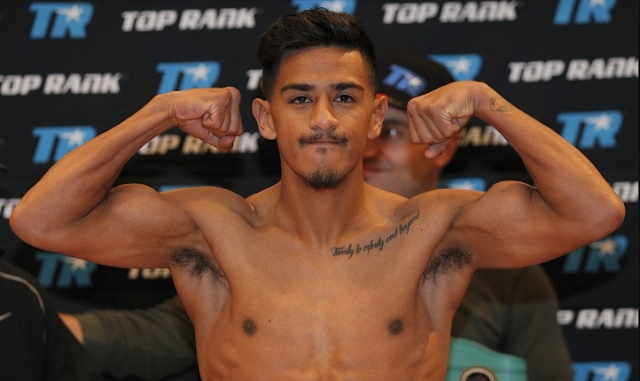 The Emanuel Navarrete vs Francisco De Vaca was made the main event after Jose Benavidez Jr. pulled out of his fight with Luis Collazo and it will be the first fight card to hold in the Stadium

“This is a great opportunity as I continue my quest to become a two-weight world champion,” Magdaleno said. “Nothing is going to stand in my way, especially Rafael Rivera. He is a tough guy, but I am in a different class.”

“I have experience at the highest levels of the sport, so Magdaleno is not going to intimidate me,” Rivera said. “I know what a win would mean for my career. I am going to bring my Mexican fighting spirit to Los Angeles and hand Magdaleno the second loss of his career.”

Jesse Magdaleno has only fought ones since losing his world title to Isaac Dogboe in April 2018. He had only made one defense of the title before the loss, then made a move to featherweight where he defeated former world champion Rico Ramos via unanimous decision.

Rafael Rivera (27-3-2, 18 KOs)  is a rugged fighter from Tijuana, Mexico, who has never been knocked out since turning pro and in 2018, lost a unanimous decision WBA super world featherweight champion Leo Santa Cruz.