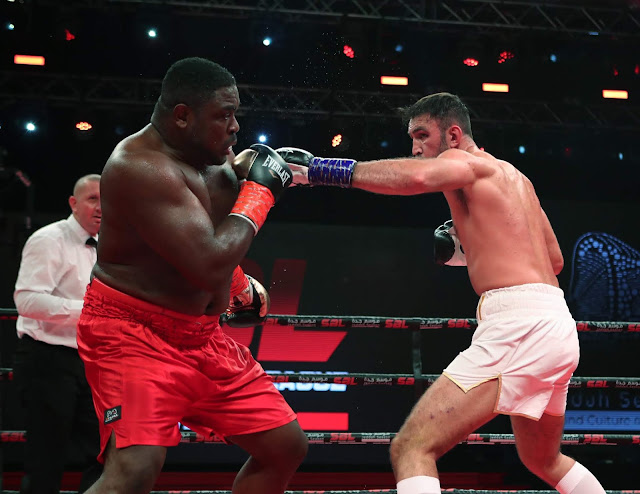 Peter continuously fouled Fury and was lucky for not getting penalized by the referee Ingo Barrabas. The fight was stopped in the seventh round after the former champ appeared to tell the referee he couldn’t continue due to a shoulder injury.

The referee had actually given Peter time to recover but he kept making reference to the shoulder and claiming he couldn’t use it.

Fury was the dominant one here and was able to control the fight with his jab but Peter was the exact opposite, fouling Fury all through the fight and when he wasn’t fouling, he mostly missed wild shots.

Samuel Peter tried roughing Fury up in the opening round but Fury was cautious, holding him up whenever this happens and in the second round, Fury controlled the fight with his jab, moving out of Peter’s range. He was able to land a big right to Peter’s head before the end of the second.

In the third round, Peter began fouling, landed a blow behind Fury’s head and 25 seconds after added a low blow prompting a short break. In the fourth, Peter was deducted a point for a blow during the referee clinch intervention at exactly 1:37 left in the fourth.

In the fifth round Peter was warned again by the referee for another low blow. He was mocked by Fury for his misses and again while trying to separate the heavyweights during clinches for Rabit punching.

In the six round, another low blow was thrown by Peter, prompting another temporary Stop with 1:14 to go in the sixth round for Fury to recover.