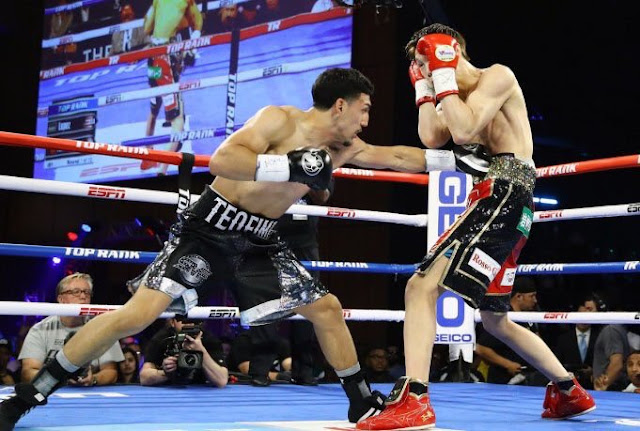 The almost six feet tall Japanese used his Jab and reach to give the smaller Lopez issues in the early rounds, He found it real easy landing his chopping right while Lopez, who loves shooting a left hook found it difficult landing from a distance.

Lopez was able to get some success in the fourth round, closed the distance, landed much more regularly and was able to score a knockdown, though Nakatani didn’t seem hurt.

Lopez started controlling the game from then on started landing on Nakatani, using different angles and winning most of the rounds from then, though by small margins. Nakatani continued with his Jabbing and used his reach to get successes against Lopez.

Nakatani was successful in the 10th round and forced Lopez into a close exchange, walking down Lopez till the end of the round. The fighters had a hug before the end of the fight as a sign of respect.

Both fighters went into the final round with hopes of landing a knockout shot but non was able to get that in the available three minutes leaving everything to the judges  who scored the fight 118-110 twice and 119-111.