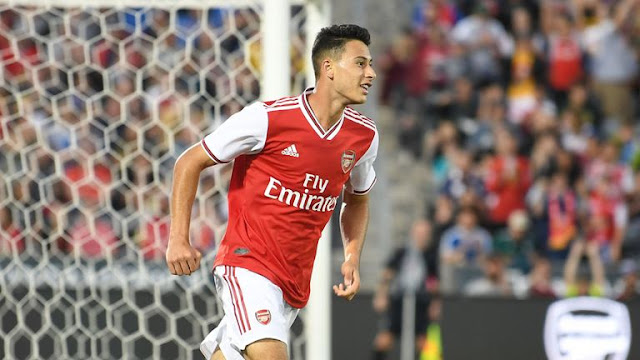 Arsenal FC kicked off their Pre Season with an easy 3 – 0 victory over Colorado Rapids in the early hours of Tuesday at the Dick’s Sporting Goods Park.

The 18 year old Gabriel Marinelli found himself on the score sheet after been hand his debut by Unai Emery. He made good use of  Dominic Thompson cross, firing home in the 61st minute in Denver.

Emery Made use of mostly the young players and before the end of the first 45, Bukayo Saka and James Olayinka had them leading, each scoring in the 13th and 29th minute respectively.

Emery brought in his key players Mesut Ozil, Pierre-Emerick Aubameyang and Alexandre Lacazette but it was clear he wanted to keep them fresh for the upcoming games against Bayern Munich, Fiorentina and Real Madrid in the International Champion Cup.