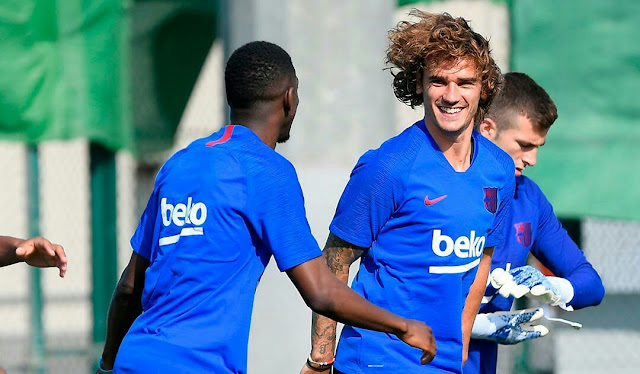 Reports over the weekend had it that the Barca had offered £90m plus two players for the Brazilian forward but those reports have been rubbished by Paris Saint-Germain sporting director Leonardo, saying that no concrete offer has been table for the forward.

Griezmann completed a move from Atletico Madrid to FC Barcelona during this summer transfer window for a fee that is still been disputed by Atletico Madrid and the Frenchman believes Neymar’s return will be much more difficult to complete.

“We have to get it done first, because it is a difficult transfer.

“But he is a great player, he’s had a couple of injuries but is at an incredible level.
“We also have [Ousmane] Dembele, [Philippe] Coutinho and Malcom who are also important players for us and lets hope we can achieve great things with them.”

Griezmann was linked with a move to Manchester United in the past but this failed to materialize. However the French forward opened up on the Premier League team he loves.

“I was having a lot of fun in La Liga,” he said. “We have one thing the Premier League does not – the sun.”

Despite United’s interest, Griezmann revealed the English club he admires most are Liverpool “because of the fans”.
“They deserve to win the Premier League, hopefully one day they will win it again,” said Griezmann.