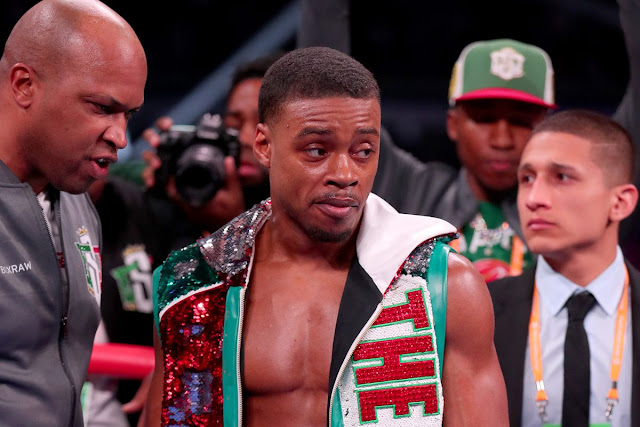 The fight Card will be supported by Anthony Dirrell, who defends his WBC Super Middleweight Title against unbeaten Former champ David Benavidez.

Shawn Porter (30-2-1, 17 KOs) takes a big step in facing Errol Spence (25-0, 21 KOs), who has the status of the most avoided active Welterweight Champion. The fight will be a major improvement in the quest to know the best Welterweight.

Spence has defended the IBF Welterweight title three times since defeating Kell Brook back in 2017 to win the title and recently defeated three division champion Mikey Garcia via Unanimous Decision to retain the title.

“It’s going to be a very exciting fight,” said Spence. “Shawn is never in a boring fight and I always entertain. It will be a ‘Fight of the Year’ type fight because our styles mesh. Shawn Porter is a guy who tries to rough you up. That’s what he’s always done. With Yordenis Ugas he tried to box and he said he didn’t like that style. He said he is going back to his original style. If he brings that style to me, it’s going to be a great fight because I’m going to bring it right back to him.”

“There haven’t been too many fights as a professional that I’ve been this excited about,” said Porter. “I was really excited about the Danny Garcia fight and I’m really excited about this one. Ever since Spence got a belt, I really circled this fight on my calendar. Preparation is the key. I think I have everything it takes to beat Errol Spence. I’m very confident and my team is confident in what I have to do on September 28. We’ll be ready.”