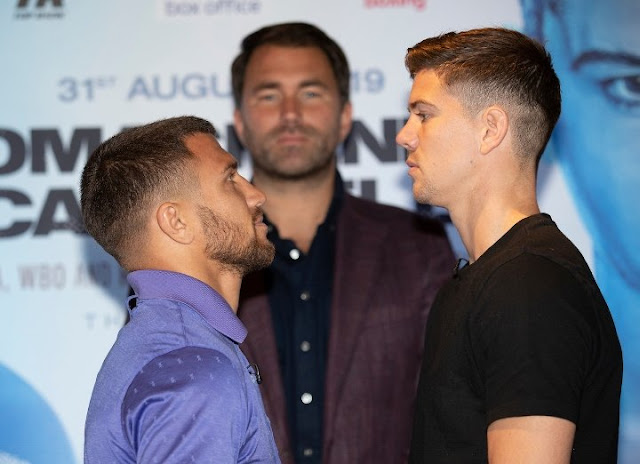 Luke Campbell will be the second straight Brighton the Ukrainian will be facing this year, having already defeated Anthony Crolla on April 13th to retain the titles.

However, Eddie Hearn Campbell’s promoter believes that the Campbell is 100% ready and possesses the qualities required to defeat the Ukrainian, who is now unbeaten in 14 fights.

“We are talking about the pound-for-pound best fighter against our greatest ever amateur and I believe Luke has the boxing IQ and ability to beat him” Hearn said.

Campbell believes that this isithe best time to announce himself to the World, tipping himself to cause an upset and says people will recognize and acknowledge his qualities ones the fight is done.

“After this fight, people will be asking other fighters why they’re taking me on,” Campbell said.
“I have never wanted to take an easy route. I believe I am the best and want to be the best, so it doesn’t matter what route you take.
“I have worked every day of my life since I was a young lad to do this and I am in a position to win.
“We are the two best fighters in the division, so it is going to be an exciting fight. This is my time to show everybody how good I am.
“It doesn’t matter what people’s opinions are because it is all about what happens in the ring.
“I want to compete at the highest level and this is one of those moments where you make it or you break it, but I believe in myself. Every champion was once a challenger.”