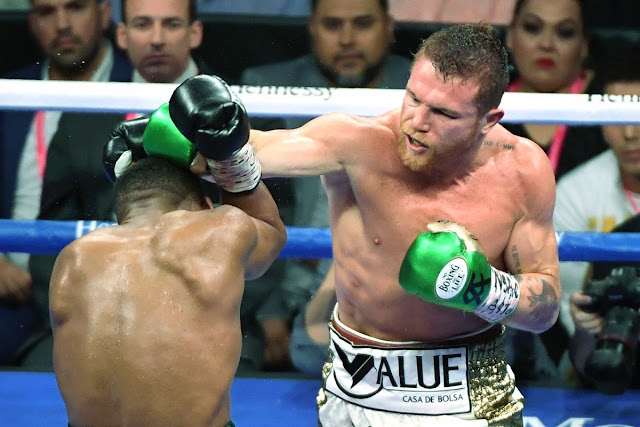 Canelo Alvarez has been rumored to seriously want a fight with WBO light heavyweight Champion Sergey Kolalev for his September 14 ring return but this might be in doubt, as the their initial offer was rejected.

Canelo is ready to climb up to 175 pounds to face Kovalev for the WBO light heavyweight belt and reports have it that the offer tabled by the Golden Boy  Team was so low, Kovalev and his team found it “Unacceptable”.

“Sergey would be very interested in fighting ‘Canelo’ Alvarez,” Duva told Sky Sports .
“As Sergey is on the brink of signing to fight his mandatory against Anthony Yarde in August, very little time remains to make a deal for the ‘Canelo’ fight in September.

“Golden Boy made an offer for a September ‘Canelo’ fight just a few hours ago. I don’t know if, at this point, enough time remains to make this rather complicated deal in the few hours that remain.”

Canelo also has an option to fight Gennady Golovkin for the third time and this represents the only two options DAZN will permit for the Mexican for the September date but Kovalev still remains his desired option.