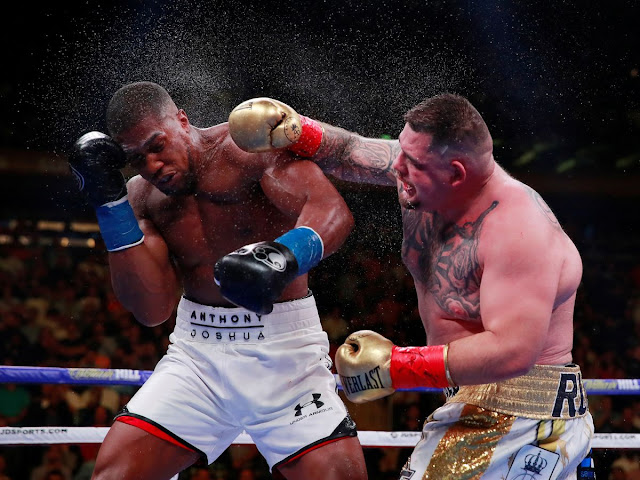 Anthony Joshua’s promoter Eddie Hearn has tipped December 14 as the potential date for the Andy Ruiz Jr. rematch, as he feels perfectly sure the rematch is going to happen.

The Rematch which initially was tipped for a UK venue jammed a road block, as the new unified champion said he wasn’t willing to let Joshua and his team call the shots and more so fighting the Brit in the UK.

Eddie Hearn is 100% sure Anthony Joshua will be taking the rematch and doing so without a tune up fight.

“Joshua is one million percent taking this rematch. Fact,” Hearn told iFL TV on Saturday.
“I spoke to Joshua last night. He is one million per cent taking this rematch. I haven’t even been asked to look at other options.
“He doesn’t want to take an interim bout. Maybe we should, but he doesn’t want to take a small fight, he wants the big fight and that’s Joshua-Ruiz two.”

He went further to reveal the dates the Joshua team believe will be suitable for the Rematch and said they are also preparing to send Ruiz team the possible venues for the clash.

“We’ve provided the dates to Team Ruiz, now we’ve got to provide the venue,” Hearn added.
“The dates are November 29 or December 14, those are the dates we’re working on. Of the venues that have come on in the last week, one is very serious and we’re very deep in conversation.
“I think the frontrunner is still Cardiff, December 14. Madison Square Garden is in the running too.”