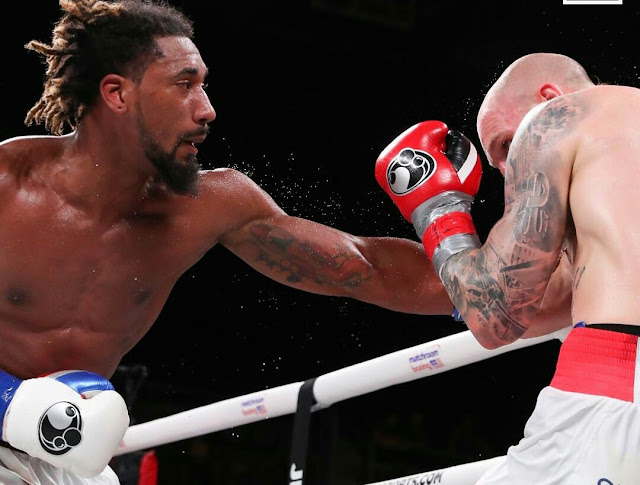 Boo Boo fought well to earn a wide decision with scores were 120-107 on all three scorecards in the DAZN-streamed main event Saturday evening at Dunkin’ Donuts Center in Providence, Rhode Island.

Check Back Later In The Day For Results And Video Highlights

After the Fight, Andrade called out Canelo for a potential fight in September.

“Forget the WBC s***. Whatever that ‘Franchise’ belt is,” stated Andrade, referring to the sanctioning body’s recent classification of Alvarez as its made-up “Franchise” champion at middleweight, freeing up a title for Jermall Charlo, who defeated Brandon Adams in his own Saturday night homecoming in Houston, Texas. “Let’s go, Canelo. Let’s unify this division.

“Let’s have one champion. It’s right here. Let’s do it. No more running, no more games. Let’s put it all on the line and see who is the best. Mano y mano. Viva Mexico!”

Concerning his win over Sulecki he said

“No excuses in there. I kind of felt something going on with my body during training camp so I utilized what I can and did what I did. I looked good doing it,” Andrade said of the mid-fight switch in strategy. “My legs were bothering me for a while after a few rounds.

“My dad told me to take it easy and told me to give them what they came here to see and that’s the sweet science of boxing.” 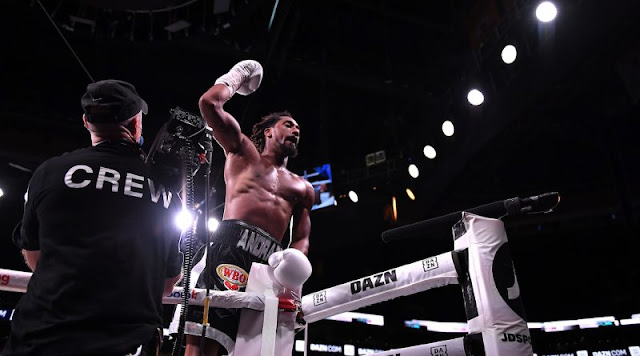 Demetrius Andrade defends his WBO middleweight title against Maciej Sulecki this Saturday in his hometown, Dunkin Donuts Center, Providence.
Both fighters looked line good shape during the Weigh-in. Andrade made weight on Friday, tipping the scales at 159.9 pounds while his challenger weighed in at 159.5 pounds.