Vergil Ortiz vs. Antonio Orozco In Works For August 10th 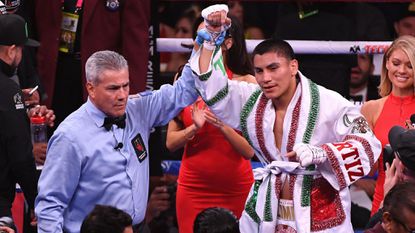 According to reliable source, Vergil Ortiz (13-0 13 KOs) in in talks for a possible Welterweight fight against once-beaten contender Antonio Orozco (28-1 17 KOs) for August 10th in Grand Prairie, Texas.

Ortiz is coming off an impressive third round stoppage of former interim champion Mauricio Herrera on the Canelo Alvarez-Danny Jacobs undercard in May and will be hitting the ring for the third time this year.

Both fighters will benefit from the Welterweight limit, if agreements are finalized because Ortiz’s last fight was at Welterweight, while Orozco has in the past missed making the weight limit.