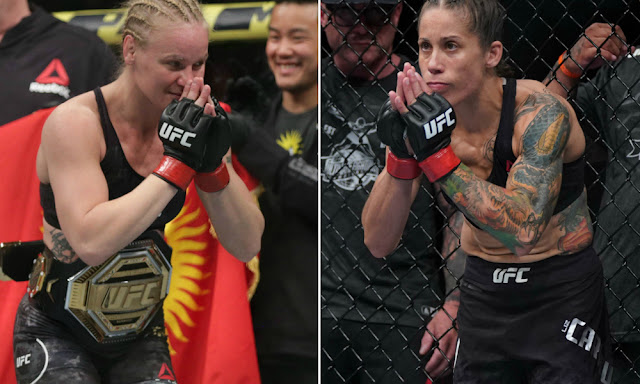 UFC On ESPN+ 14 will hit the Uruguayan capital Montevideo, headlined by UFC flyweight champion Valentina Shevchenko, who will get an opportunity to avenge her only stoppage loss against pioneering fighter Liz Carmouche on August 10, 2019.

Shevchenko (17-3 MMA; 6-2 UFC) will be hitting the octagon on the back of her 12th career finish, epic knockout victory over Jessica Eye in her first title defense.

Carmouche (13-6 MMA; 5-4 UFC) a well renowned Martial artist, who has left her mark in the sport and is down on the record Books at the first fighter to win a legalized sanctioned MMA fight at Madison Square Garden.

Carmouche defeated Shevchenko in their first meeting back at  at C3 Fights: Red River Rivalry back in 2010 with a doctor stoppage in the second round. Amanda Nunes remains thetonly other fighter to get a win over Shevchenko, twice by decision.