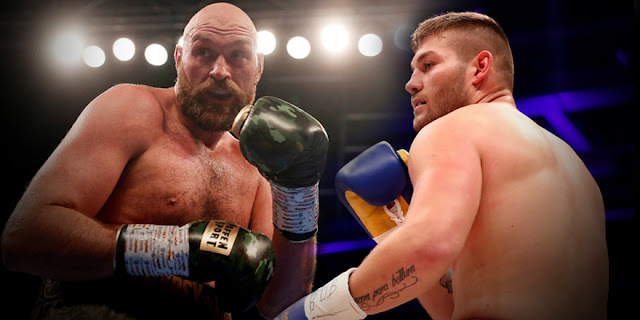 Tyson Fury ended the formerly unbeaten Tom Schwarz in the second round, his debut in Las Vegas and his first bout in a multi-fight agreement with Top Rank and ESPN.

Tyson Fury came into into the fight on the back of a controversial draw with WBC Heavyweight World Champion Deontay Wilder back in December.

Tyson Fury dropped Schwarz in the second round after making him look foolish with his leg and head movements, Schwarz was already bloodied and was a mess. He did beat the count but was after then Battered against the ropes, forcing the referee stoppage.

“Punch ’em where they ain’t.” pic.twitter.com/j5YIelvIIH

R1: Tyson Fury was the busier of the two in the first round and peppered Tom Schwarz using all the angles, with the German offering little resistance

Tyson Fury returns to the ring after going twelve good rounds with the WBC champion Deontay Wilder. A fight that ended with a controversial split draw.

This time Tyson Fury will face the little known Tom Schwarz, a 24-year-old German who owns a 24-0 record, with his last appearance ending with a second round knockout victory Kristijan Krstacic on March 2. 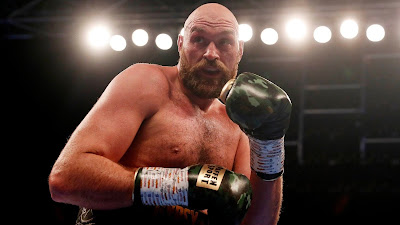 The undefeated lineal heavyweight champion was supposed to give Deontay Wilder an immediate rematch following their split-decision draw last December but will instead face Schwarz with hopes of extending his unbeaten streaks to 29 fights.

Check Back On June 15th for full Video HD Highlights