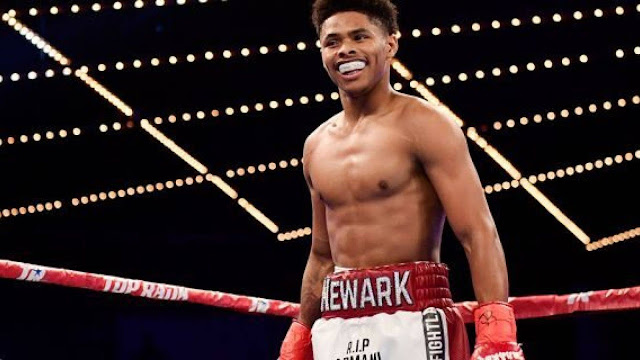 2016 Olympic silver medalist Shakur Stevenson is set for his first hometown Fight, since turning Pro against Miami’s Hairon Socarras 10-round main event at the Prudential Center in Newark, New Jersey.

The fight which will be televised by ESPN, was first announced on ESPN.com. The talented southpaw has since been pushing for a fight in his home town.

Stevenson dominantly outpointed the highly rated Puerto Rico’s Christopher Diaz (24-2, 16 KOs) in his last outing, which was a 10 – rounder on the Terence Crawford-Amir Khan undercard April 20 at Madison Square Garden in New York.

Socarras (22-0-3, 14 KOs) scored a fifth round technical  knockout win over Jesus  Martinez (25-8, 12 KOs), just recently on May 10th in Florida. But despite his extended period as a professional (turned pro in 2011), Stevenson will be the biggest opponent of his career.

The fight will be the main event of a double header. The second bout features Chicago’s Joshua Greer and Russia’s Nikolai Potapov, who both meet in a an IBF bantamweight eliminator.