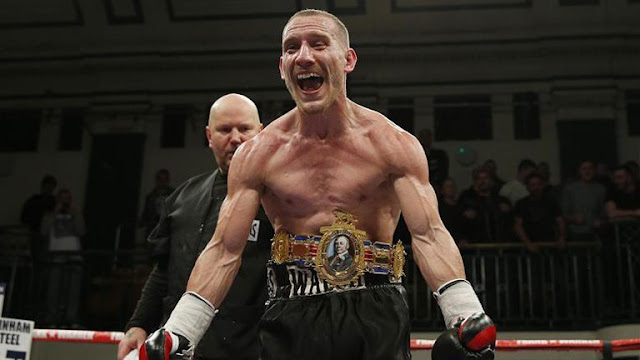 Walsh was making the third defense of the British Featherweight title, since knocking out Marco McCullough in May 2017 to win the title. He first defended the title with a draw against Isaac Lowe in February, then earned a split decision against Reece Bellotti.

Paulin fought well despite the big gap in experience and in some rounds showed, he could actually fight with his jab and quick counter punches. Walsh used his bigger experience to land better punches, stiffer shots and the more accurate workrate.

Walsh got a good lead going into the last three rounds but Paulin showed heart and made the last round very competitive, letting his hand go but the fight was marred by an accidentally clash of heads in the last round that opened up a cut on Walsh’s eye lid.