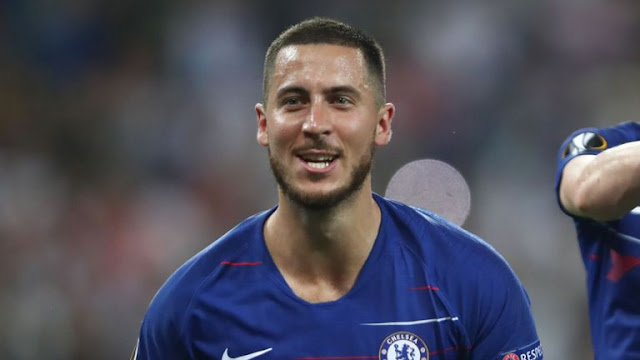 Chelsea Star Eden Hazard is well on his way to Spanish giants Real Madrid, as both clubs have been reported to agree a £100m fee for the Belgian, as reported by the The Guardian.

The Belgian has long been linked with a move to the Spanish club in previous summer transfer windows but non of those speculation looked likely to materialize at of this window.

The Belgian had earlier speculated that the Europa League final could be his last game on a Chelsea shirt and it’s seems so, as Real Madrid have been reported, lunching bids in excesses of £100m for the skipper.

Hazard helped Chelsea FC to a Europa League Trophy in the 2018/19 season, coupled with a third position finish on the English Premier table.

He has made 352 appearances for the London club, scoring 110 goals and won 6 major Trophies in his time at Stanford Bridge.