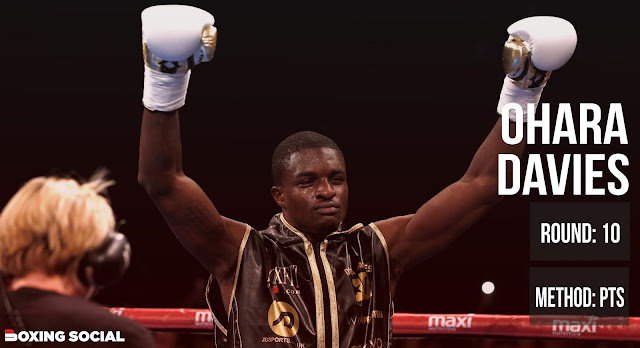 Davies (19-2, 14 KOs) was actually unhappy with his results and visibly displayed his displeasure, when the scores were announced and even went on to raise his opponents hand to convey the points.

Davis went into the fight on the back of a twelve round decision loss while Vasquez defeated Ghislain Maduma via split decision in Match and before then stoooedstge formerly undefeated prospect Thulani Mbenge.

The fight actually started slow, with very little action. This continued till Vasquez began thinking there was something wrong or maybe he had an injury. Vasquez  forward, throwing more.