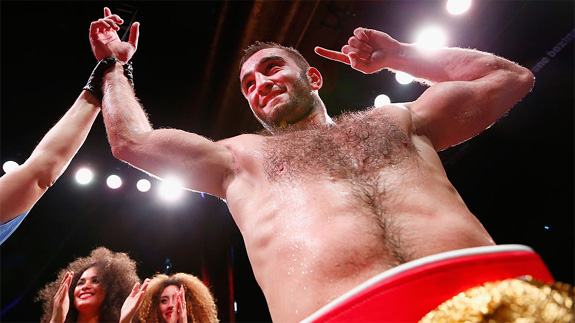 Former IBF and WBA Cruiserweight world champion Murat Gassiev will be making his debut in the heavyweight division against Joey Dawejko on the Saturday July 27 at College Park Center in Arlington, Texas, live on DAZN in the US and on Sky Sports in the UK.

Gassiev in his last outing lost to Oleksandr Usyk in the WBSS cruiserweight final and will be joins Usyk at heavyweight, after signing  a co-promotional agreement with Matchroom Boxing USA, Ural Boxing Promotion and Warriors Boxing. 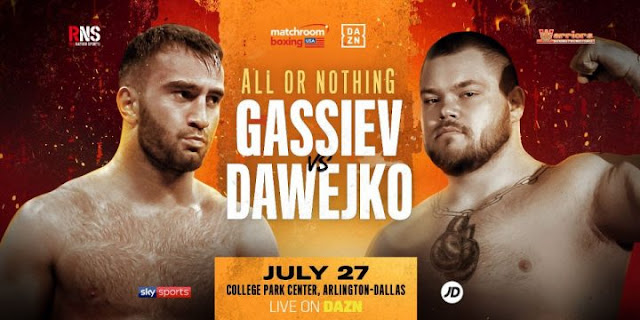 Joey Dawejko will be facing his third Russian in a row after taking Andrey Fedesov the ten round distance in October in Ekaterinburg and almost shocking  Gassiev’s fellow countryman Sergiy Kuzmin in Verona, New York in March.

Gassiev, who defeated Krzystof Wlodarczyk and WBA champion Yuniel Dorticos in thrilling fashion to reach the final of the World Boxing Super Series, will be out to impress in his heavyweight debut after a years absence.

“I just want to fight – I need big fights,” said Gassiev. “I haven’t boxed for a year. I am only 25 years old so I have time but I want to be in big fights.
“The most important thing for me is to be in shape and fit. I feel good up at Heavyweight in the gym, I don’t feel heavy, so I am excited to settle into the weight.
“I sparred with Heavyweights all through my time at Cruiserweight and it was good for me, but sparring is different. I think that the time is right to move up though and I’m very motivated.”

Gassiev’s debut will be part of Maurice Hooker vs Jose Ramirez WBO  WBC Super Lightweight Unification fight on Saturday July 27 at College Park Center in Arlington, Texas, live on DAZN in the US and on Sky Sports in the UK.