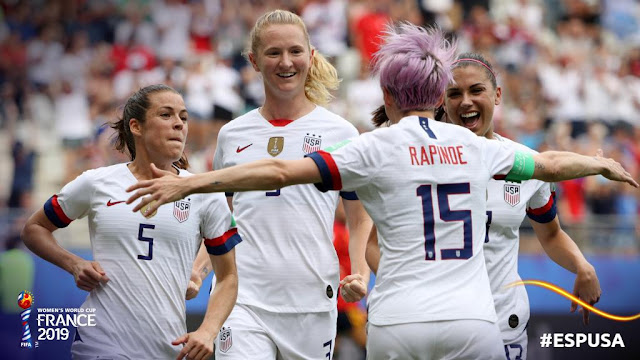 Spain sure didn’t go out without a fight, despite trailing just seven Minutes into the game. They replied with a goal of their own two minutes after, a stunner from Jennifer Hermoso, which was enough to stay leveled through the halfway mark.

The Spaniards did enough to hold the Champions down and pressed for a win but their hard work met a dead end, when the Americans were awarded a penalty in the 79th minutes and that was enough for the Win.