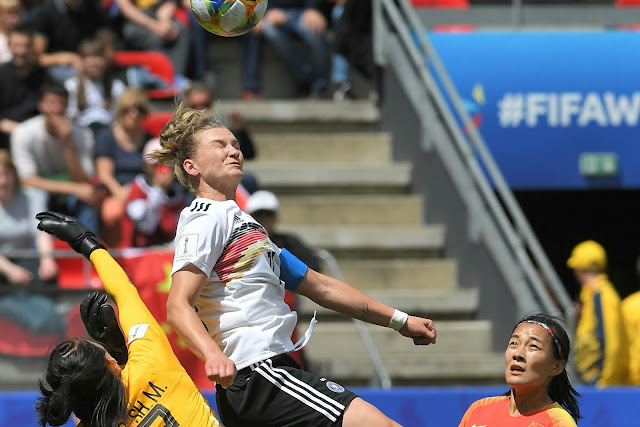 Key Moments Recap :
Yellow : 66′ Giulia Gwinn 1 – 0
Deadlock broken. What a hit!
I said earlier China were finding it difficult to deal with Germany’s threat from set-pieces. They fail to clear the delivery and the ball drops onto the edge of the box for Giulia Gwinn. The 19-year-old Freiburg player takes a touch and smashes a shot into the far corner. A wonderful finish and the German’s end their barren goalless run.