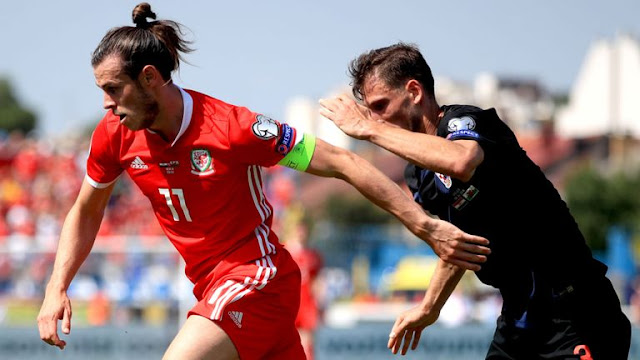 Key Moments Recap :
Goal : 17′ Lawrence (og)   1 – 0
Oh dear, poor James Lawrence!
Croatia’ have been threatening on the break since kick-off as Modric pings the ball forward for the on-running Perisic. As he has done so often, a dangerous cross is flashed into the box and Lawrence comes driving in to, accidentally, put the ball into his own net.
There will be a bit of controversy in the build-up as Wilson was calling for a foul at the top of the Croatia area before the hosts broke, but nothing was given.

Goal : 48′ Ivan Perisic 2 – 0
Perisic finally gets a much-deserved goal but what a terrible phase of defending from Wales.
Modric feeds Kramaric in the area, but Allen clips his heels to get the ball away, which also bounces off the back of Mepham.
Modric then pokes the loose ball into the path of Perisic, with Roberts rolling in front of him – trying to block – but instead, gives him the space to shape his shot.
Perisic doesn’t miss either and hammers the ball into the bottom corner.

Goal : 77′ 2 – 1 David Brooks
A wonderful strike from Brookes and a slice of luck which Wales desperately needed!
He gets past the newly introduced Badelj at the top of the area before curling a wonderful effort goalwards. It looked to be heading into the net, but it is helped on by the head of Vida as Brooks gets his first goal for Wales.
Are we on for a draw in Osijek?!