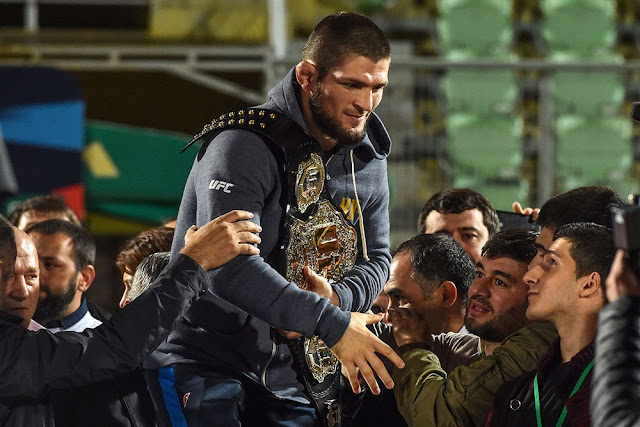 Khabib Nurmagomedov and Dustin Poirier will meet in a UFC lightweight title unification in UFC 242 main event in Abu Dhabi, September 7th, as announced on Tuesday.

The undefeated UFC lightweight Champion Khabib Nurmagomedov has been out of action since defeating former two weight champion Conor McGregor via fourth round submission at UFC 229.

He was then given a nine month suspension by the Nevada Athletic Commission (NAC) for his part in the post fight brawl. This suspension ends in July, which will leave him eligible and possibly fit for UFC242.

Poirier will now hope to become Undisputed Champion of the lightweight division, handing Khabib his first professional loss and stopping his incredible record of 11 wins under the UFC banner. 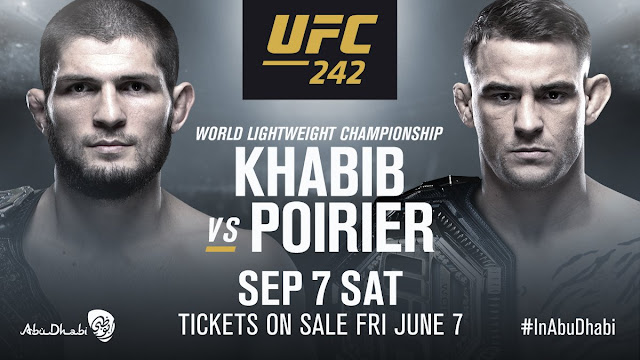 Khabib Nurmagomedov defeated Al Iaquinta back in April 2018, standing in for the then interim champion Tony Ferguson  who got injured