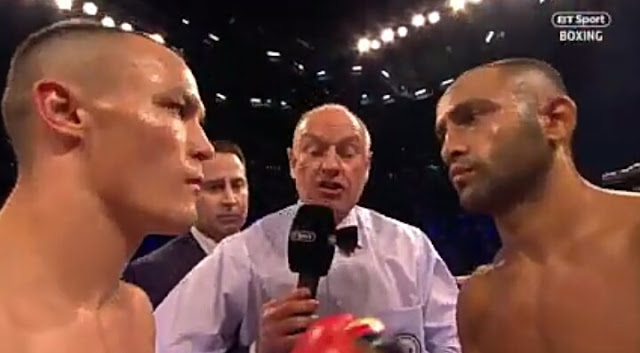 The fight was so close and hard to score. Leaving the champion a very frustrating night defending his title. Galahad settled in early using a southpaw stance, landing a some good lefts and trying to clinch each time Warrington was the aggressor. He was warned by the referef for using his head.

Galahad was landing well in round 2, scored a good body shots and was warned again for his holding. Warrington began having progress in the third , got himself into his usual aggressive stance.

Check BacK On Saturday Evening For Full Highlights