Joseph Parker Beats Down And Stops Alex Leapai In The 10th 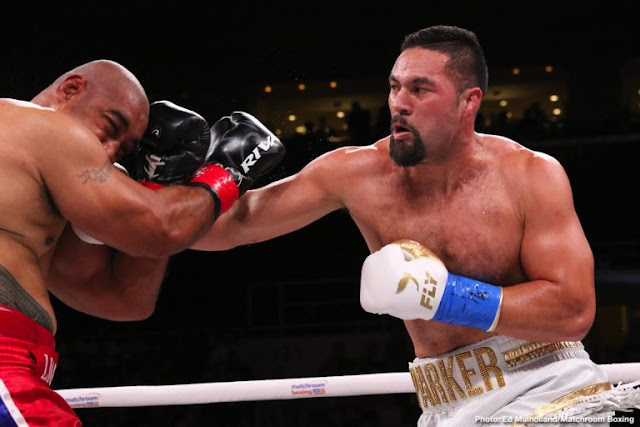 Parker handed Sulecki a beat down, rocking him severally right from the first round but the Australian survived, continued taking the shots despite the continuous efforts by the New Zealander to finish him.

The fight continued in a One-sided manner and become a matter of whether Parker can dig deep enough to end the fight. The fight was actually harder for Parker, not because Sulecki gave him a fight but because he showed heart.

Joseph Parker gave out the punches till the referee became tired of the spectacle and decided to intervene, stopping the fight at exactly 2:18 of round ten.

Parker improved to 26-2 (20KOs) with the win, which is two straight since losing two staright to Former World champion Anthony Joshua and contender Dillian Whyte. He was happy with his performance and said after the fight:

“I was pleased with my performance, it was my first fight in six months,” Parker told DAZN’s Chris Mannix afterward.

Alex Leapai drops to 32-8-4 (26KOs) with the loss, snapped his three fight winning streak. He had ones been an elite boxer, the time he faced then-World champion Wladimir Klitschko and got knocked out in the fifth round.

Parker on the other hand, plans to get back in the title mix and with that, mapped out his plan to make it materialize.

“I want Dillian Whyte first, then Anthony Joshua,” noted Parker, saving for last the reigning unified titlist in Ruiz, who scored a massive upset earlier this month in a 7th round knockout of Joshua. “After that, I would fight Andy Ruiz. I know that he thinks he won that fight. Big ups to him for winning his fight against AJ but if he wanted to settle his score, I’d do it.”