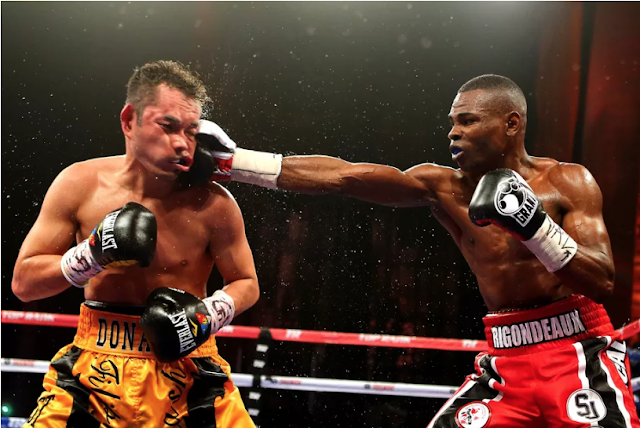 Guillermo Rigondeaux came out victorious in an action packed dogfight with Julio Ceja, stopping the Mexican in the eight round of their scheduled 12 round title eliminator at Mandalay Bay Events Center in Las Vegas.

The fight part of Charlo – Cota undercard and looked more on course for an unforseen upset before the eight round knockout. Rigondeaux landed a crisp left hand that floored Ceja, before the referee waved off the fight at exactly 2:59 of the eighth round.

“People were saying that I get on the bicycle and run a lot,” Rigondeaux said, according to his translator. “Well, that’s not true, so I wanted to show them I could fight in short distance and I wanted to get a couple rounds in. Then that left hand came and ended the fight.”