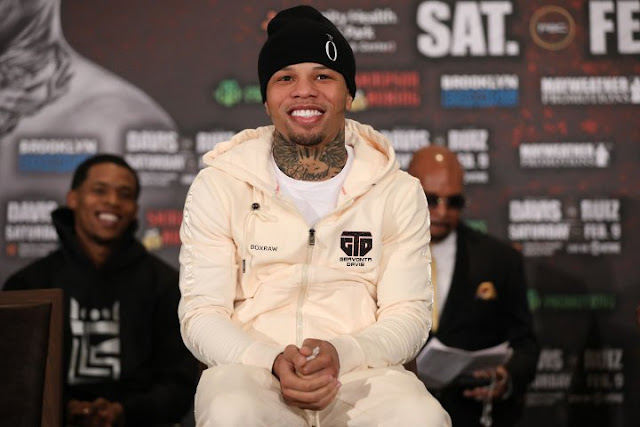 ”It was always a goal of mine to bring a world title fight back to my city of Baltimore,” said Davis, who has not fought in Baltimore since his fourth pro fight. “I’m excited and grateful to my team for helping make this happen on Saturday, July 27. Tickets will go fast, so don’t wait on buying them! I can’t wait to put on a great show and to see all my supporters in Baltimore help me make it a night to remember at Royal Farms Arena.”

Gervonta Davis (21-0, 20 KOs) knocked out  Jose Pedraza to win the IBF 130-pound title, making him the youngest reigning world champion at the age of 22. He then knocked out Jesus Andres Cuellar in three rounds to win the WBA Super Featherweight Championship bout.

Núñez (21-2, 19 KOs) is on a 10 fight winning streak, with nine ending in Knockouts. He most recently knocked out Eduardo Pacheco in April to make it three consecutive stoppages, heading into his first world title fight on the 27th.

“My daughter is about to be born and with her in mind I am working very hard for this fight,’’ said Núñez. “I am dedicating this fight to my daughter and Panama, which has always supported me. I’m thankful for this opportunity and although some people don’t know much about me, after July 27, everyone will know me as the new champion of the world.”