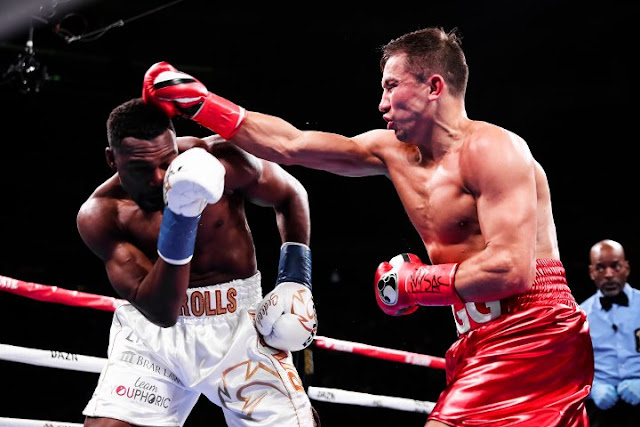 The former middleweight champion was too much for Steve Rolls, who was taking on the biggest opponent of his eight year professional career. Golovkin dropped Rolls with a vicious left hook in the fourth round and tried to get up after falling flat on his face, but he fell into the middle ropes and was counted out by referee Steve Willis at exactly 2:09 of the fourth round.

The former middleweight world champion, Golovkin was fighting for the first time in 9 months and hopes the victory against roles will serve as a build up towards a potential trilogy with Canelo Alvarez. 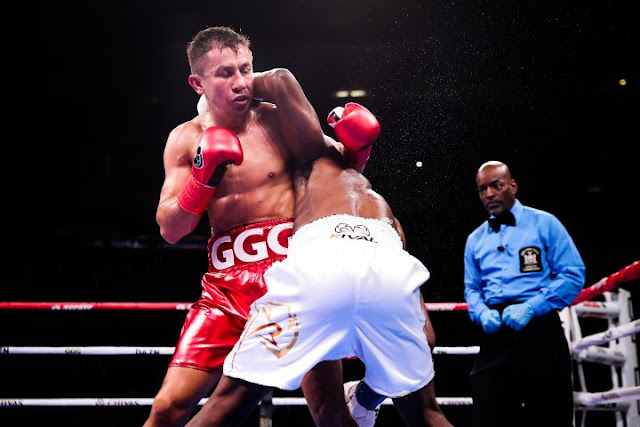 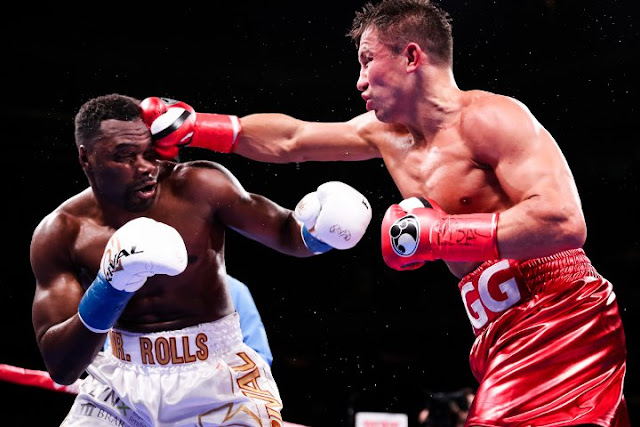 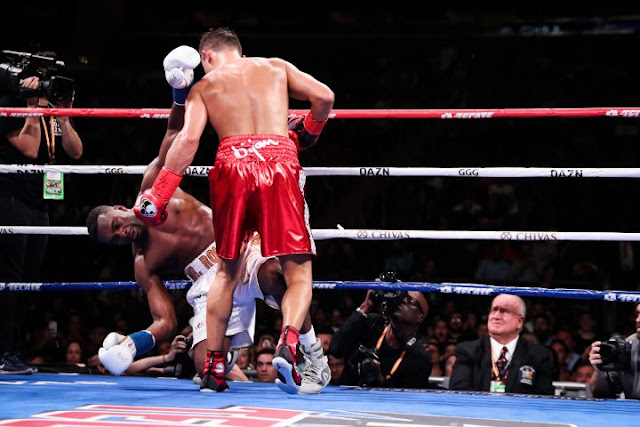 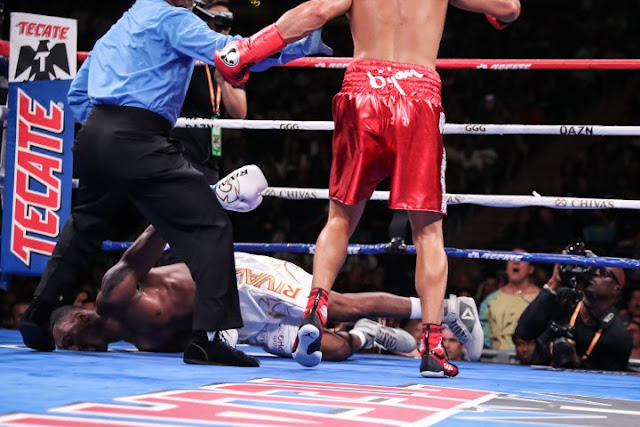