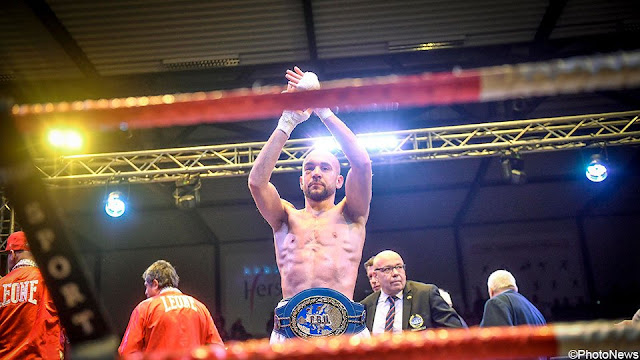 Patera’s was his first stoppage victory since 2016 and second defense of the title since outclassing Lewis Ritson last year to claim the title.

Hyland was the aggressor in the opening round of the fight, attacking Patera with some electrifying pace but the champion used accurate combinations to match the challengers pace.

Patera was much more effective with his punches and in no time got Hyland bloodied with a cut on his forehead. Hyland was knocked down by a flush right, that saw his gloves touch the canvas in the second round.

Patera landed with ease after Hyland abandoned his Jab and leaving the technically astute Belgian hammering him with body shots, while he moved forward hoping to find home for his hooks.

The fight was one sided from then on, with Patera sending Hyland to canvas three more times  ones in the fifth and twice in the sixth before the fight was waved off.