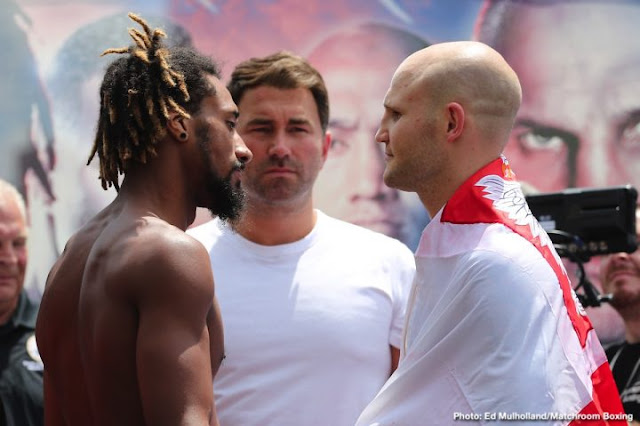 Both fighters looked line good shape during the Weigh-in. Andrade made weight on Friday, tipping the scales at 159.9 pounds while his challenger weighed in at 159.5 pounds.

Co – Main Event
Former heavyweight world champion Joseph Parker returns in the undercard against Alex Leapai, as he battles his way back towards the heavyweight title mix.

Before then, Khalid Yafai will defend his WBA Junior Bantamweight Title against Norbelto Jimenez in a scheduled 12 round battle.