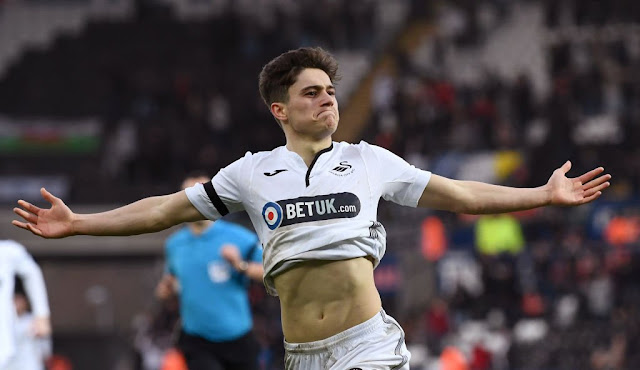 Daniel James is set to become Manchester United’s first signing this summer transfer window, after completing Manchester United Medical on Thursday ahead of his £18m move from Swansea, according to Sky Sports.

Ole Gunnar Solskjaer is hoping to start the rebuilding process of the Red Devils with the signing of the 21 year old Wales international, who presently has a year left in his contract wit Swansea.

Manchester United agreed a £15m fee for the transfer which will later increase to £18m, due to add-ons.

The 19 year old has just a season of senior football and has been with the Wales National squad preparing for European qualifiers against Croatia on Saturday and Hungary  on Tuesday.

James was initially linked with a move to Leeds United in the January transfer window but this failed to go through on the transfer deadline day.