Conor Benn Drops And Stops Jussi Koivula In The Second Round 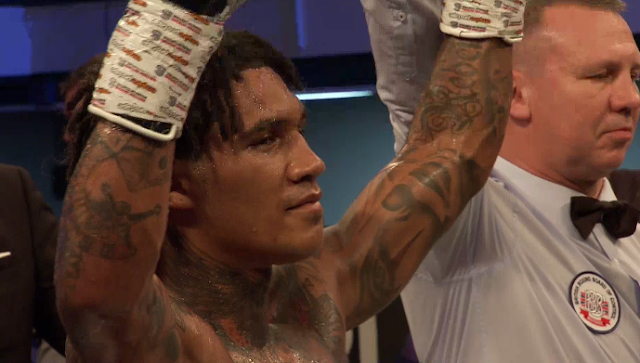 Conor Benn made easy work of Jussi Koivula, dropping and stopping  him in the second round of Fridays JD NXTGEN headlining bout at York Hall , Bethnal Green, London, United Kingdom.

The bout which was streamed Live on DAZN ended very early, as Benn was too much for Koivula in the second round, dropping him twice and forcing the stoppage with a flurry of un- replied shots.

The fight started out like the Benn, would be in for a long night. Koivula was aggressive in the opening round, landing right hands that stunned Benn very early but before the round was over. Benn got settled.

Benn  started the second round better, fighting behind his Jab and then all of a sudden, Benn floors Koivula with heavy left hook but the Finn was able to beat the count.

He was floored ones again by Benn, who sensed the end and went after the knockout with a series of unreplied punches until the referee stepped in to stop the fight.