Cletus Seldin Dominates And Stops Zab Judah In The Eleventh Round 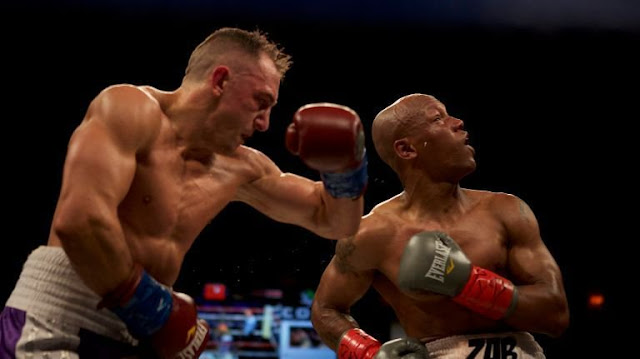 Cletus Seldin (24-1, 20 KOs) stopped the biggest opponent of his professional career, Zab Judah (44-10, 30 KOs) in the eleventh round to claim the  vacant NABA junior welterweight title at the Turning Stone Resort & Casino, Verona.

The 41 year old two division champion wasn’t really the Judah we knew in his prime and found it difficult to let his hands go. His defenses weren’t good, as Seldin connected connected very often.

Judah seemed helpless at the time of the stoppage, as he was been batteredbin the ropes, prompting the referee to step in  ending the fight but Judah protested the referee stoppage angrily.

Judah has been relatively inactive since losing twelve round decision to Paulie Malignaggi in December 2013, stayed four years away from the ring, returning for a Unanimous Decision victory in 2017.

Seldin is now on a three fight winning streak and all ending with knockouts. His lone loss came back in 2017, when he was dropped three times, en route to a ten round unanimous decision to Yves Ulysse Jr.

In the Co main event junior middleweight James McGirt (27-3-2, 14 KOs) couldn’t get a win to honor his father but was able to get a twelve round split draw against undefeated David Papot (22-0).