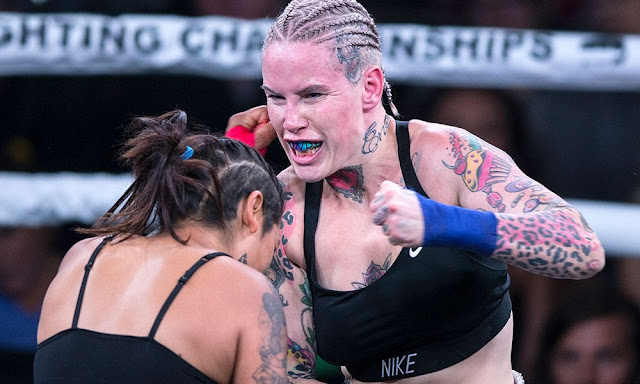 Former UFC fighter and Bare Knuckle Champion Bec Rawlings has made a surprise return to MMA,  as announced by her Management team, SuckerPunch Entertainment.

The 30 year old, discovered her fortune in Bare Knuckle Fighting Championship, after being released by the UFC following a fiur fight losing run. Rawlings competed thrice in the BKFC banner, dominated her division and even became the face of BKFC.

Her last BKFC appearance was in February BKFC 4,when she defeated Cicilia Flores via unanimous decision.

Before being released by the UFC  Rawlings accumulated a 7-8 MMA record  which includes a 2 – 5 on the UFC Banner and in her last MMA bout, she lost a unanimous decision to Ashlee Evans-Smith at UFC 223.

The Australian is expected to compete in the Bellator women’s flyweight division.