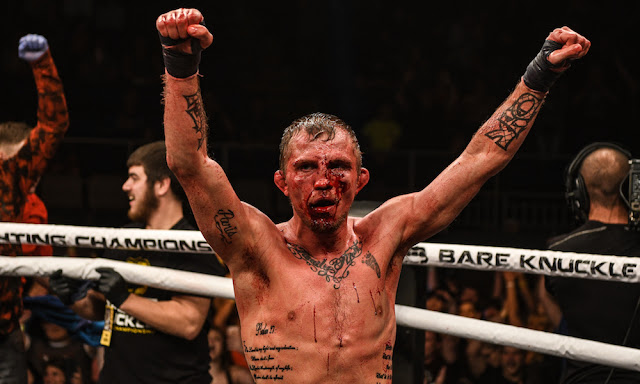 With BKFC 6 concluded and shelved on Saturday, the Bare Knuckle Fighting Championship has announced the first fight on their up coming event (BKFC 7).

The president of the Clean Knuckle boxing promotion announced on Saturday that Former UFC fighter Jason Knight will be back to face a former MMA fighter Leonard Garcia.

The 39 year old Garcia accumulated a 3-2 record Under Lagacy Fighting Alliance, a stint in the  UFC and challenged ones for the WEC 145 pound title before retiring five years ago.

Knight was released by the UFC last year and after the release signed for his BKFC debut against Artem Lobov, which took place at BKFC 5.

BKFC 7 will be held at Biloxi, Missouri on August 8th in a yet to be announced venue.