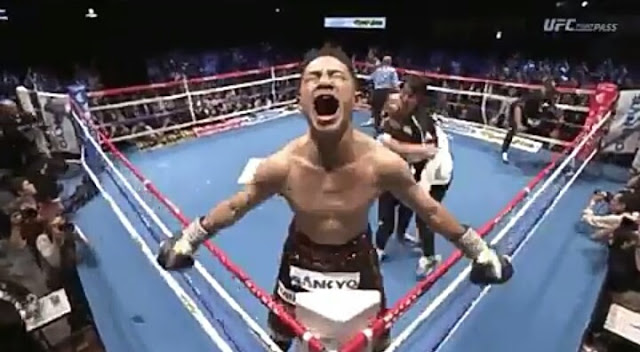 Kazuto Ioka stopped Aston Palicte in the 10th round to claim the vacant WBO junior Bantamweight title on Wednesday in Japan to become a four weight World champion Live on UFC Fight Pass.

Kazuto Ioka used a huge flurry of punches in round 10, hurts Aston Palicte landing without reply till the referee stepped in to stop the fight.  Ioka is the new WBO super flyweight champion and first male Japanese boxer to win a world title in four different weight classes.

The loss leaves Palicte without a major title after his second try. Last September, the l Filipino was forced to settle for a draw versus countryman Donnie Nietes in their vacant title Fight.

Check BacK for Live Results

[…] The two will be looking to make history as Both have been able to accomplish great things in the Sport for their country Japan. Ioka, who had first tried to become a four division champion in his new year’s eve Vacant title fight against Donnie Nietes, but lost a decision, was finally able to clinch a we world title in Ioka’s fourth weight class with a 10th round Knockout victory over Aston Palicte back in June … […]