Andy Ruiz Jr. Vs Anthony Joshua Rematch Will Be Much Bigger – Hearn 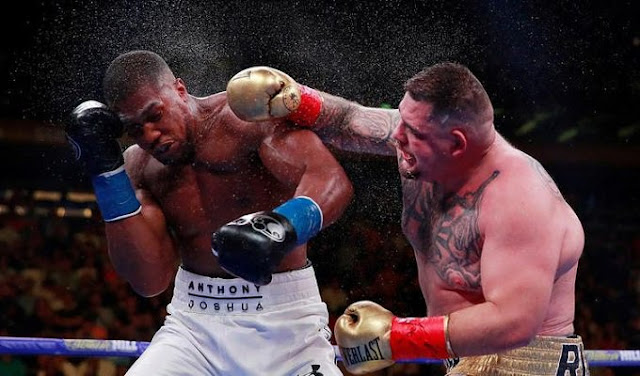 Anthony Joshua’s promoter Eddie Hearn believes that the Rematch between IBF, IBO  WBA and WBO Heavyweight champ Andy Ruiz and Anthony Joshua will be bigger than their first clash.

Anthony Joshua’s debut in the US on June 1st ended with his titles ripped away from his shoulders and making things worst, he was knocked down four times before the fight was called off.

Joshua is now preparing for a Rematch, which is rumored to be heading to the UK and will stands a chance of revenge his loss, giving him an opportunity to take back his titles.

Joshua was a massive favorite for the first fight and no bookmaker gave Andy Ruiz a chance against the Briton but it gave way for a massive upset that shocked the world and Hearn says the Rematch will be much bigger.

“This rematch is going to be massive, and how exciting is this going to be?” Hearn said to IFL TV.
“I spoke to AJ the other night and said to him; ‘don’t you think it’s weird that every fight you’ve had since the [Wladimir] Klitschko fight, everyone’s talking about the fight after. This is the first fight you’ve had since Klitschko that nobody is talking about the next fight.’
“He said it’s quite refreshing. To be honest, I didn’t know what we were going to do in December. Maybe that’s me trying to talk myself into thinking positively about the situation, but I don’t think negatively about situations.”