Andrew Moloney Ends Selemani Bangaiza In The Second Round 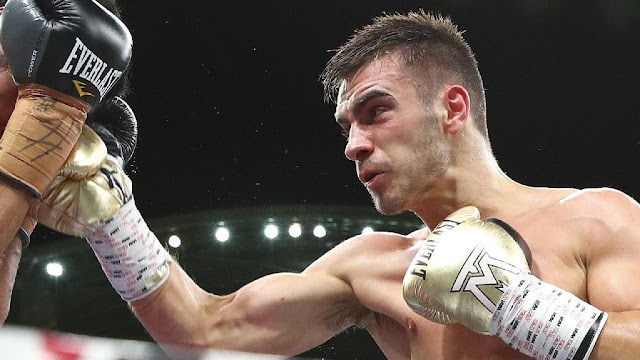 The unbeaten flyweight made the Tanzanian quit in the second round earning a victory that puts him directly in line for a shot at the winner of the June 29 clash between undefeated titlist Kal Yafai and Dominican Republic’s Norbelto Jimenez.

Maloney entered the fight on the back of his biggest career win, an 8 round knockout of Miguel Gonzalez on the road this past March in Chile

Bangaiza was fighting for just the second time out of Tanzania and his first out of Africa. This ended up a very short night for the visitor, who was all smiles walking into the ring but immediately the fight started, it was clear he had very little to offer.

The fight was a mismatch but Andrew Moloney was out to fight and also impress his hometown fans. He got his opponent hurt in the second round with a body shot but wasn’t able to finish off, as his intended knockout punch landed on the back Bangaiza’s head, then ended up pushipu him to the canvas.

Bangaiza spit out his mouth piece and refused to continue the fight  prompting the referee stoppage at exactly 1: 57 of Round 2.

“I’m sorry for all the people who flew in tonight,” stated Moloney, showing his class in apologizing for the early stoppage win, knowing that it came with minimal effort provided by his opponent. “I would’ve liked it to go a little longer and put on a better performance.”
“I’m in the mandatory position for the (115-pound) title,” noted Moloney. “Hopefully that will come later this year or next year. That’s why we would’ve liked a much tougher fight.”