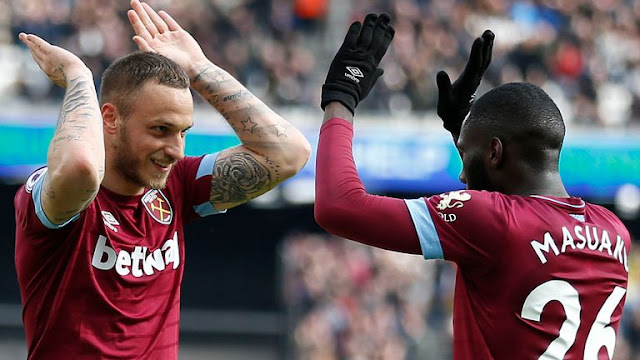 GOAL  : 16′ Marko Arnautovic 1 – 0
It had been coming. Lovely through ball by Mark Noble picks out Arnautovic and the striker runs on to the perfectly-weighted pass and strikes an assured left-foot shot past Forster. Arnautovic didn’t even have to break stride.

GOAL : 69′ Marko Arnautovic 2 – 0
So cruel for Southampton. A cross from the left is intercepted by Forster but he only punches it onto Arnautovic’s head. The ball could go anywhere except it doesn’t. It deflects gently into the air and Arnautovic is there to simply nod home his second of the game.

GOAL : 73′ Ryan Fredericks 3 – 0
A first Premier League goal of the campaign for Ryan Fredericks as he controls the ball in the box and shoots past Forster.
This is cruel on Southampton and, like Liverpool in Barcelona, they must wonder how they’re 3-0 down.
Fredericks’ goal wasn’t as good as Messi’s second it has to be said. 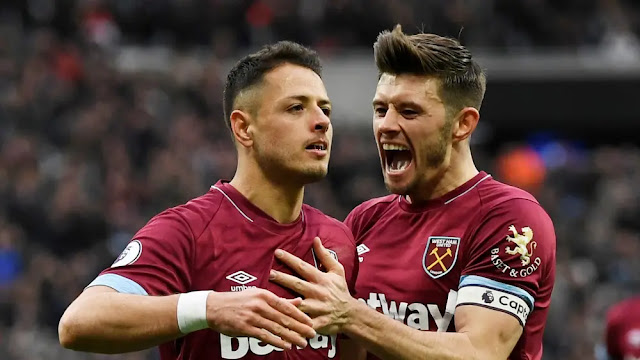 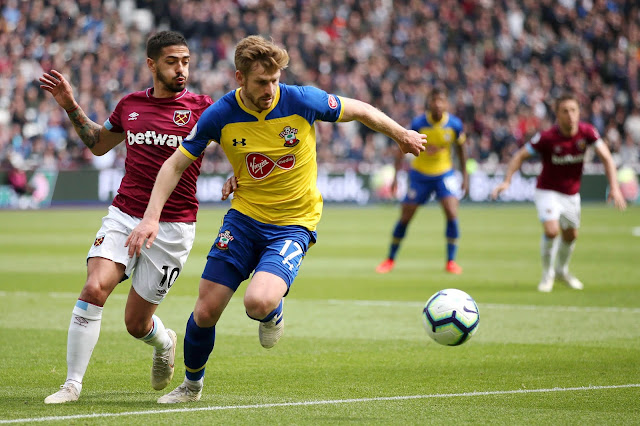