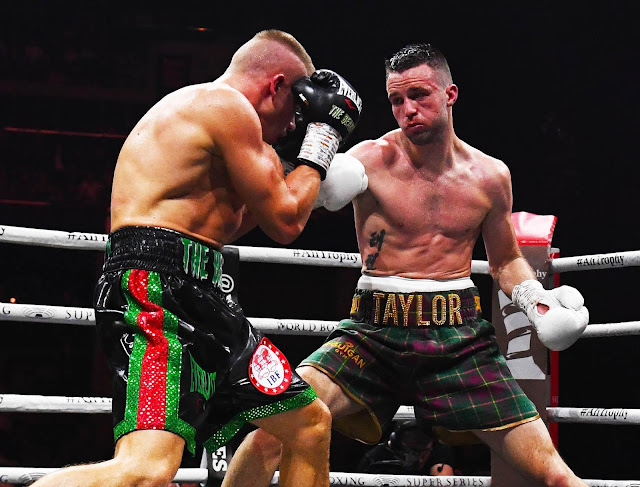 Josh Taylor dropped Ivan Baranchyk, edged him via Decision to become the new IBF super-lightweight world champion and with the win fired himself into the WBSS Final on Saturday night at the SSE Hydro, Scotland.

Taylor produced a stunning performance against Baranchyk  earning him 117-109 and 115-111 twice on the scorecards. He will now unify titles against WBA king Regis Pograis in the super-lightweight WBSS Final.

The first few rounds where entertaining, a back and forth battle that no doubt entertained the crowd and it too up till the sixth round before Taylor took control of other Fight. He dropped Baranchyk twice in the sixth and from then controlled the fight.

Baranchyk was letting his hands go despite missing many of his shots but the challenger was able to match him with the more accurate work.  Baranchyk had much success in the fifth, venomous hooks landing clean, thunderous right ready.
peatedly connecting and bloodied Taylor.

Taylor received his chance in the next round with a rampant salvo body shot sending the Belarusian to the canvas. After  beating the count, Taylor saw a knockout win around the Horizon and hammered him with a series of cuffing body shots dropping his man once more.

From then on Taylor continued to dominate, while Baranchyk tried to get leveled with shots of his own but he was nonmatch for a the home town hero.
Check Back On This Page For Fight Card Results