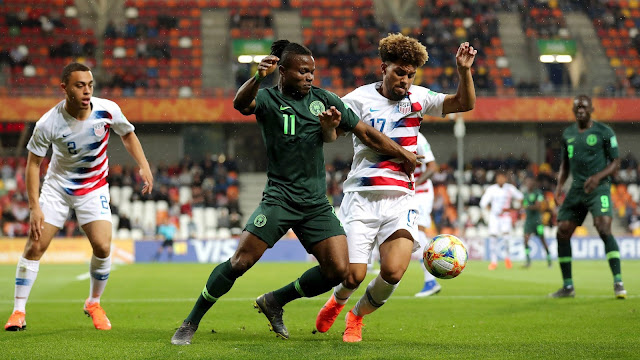 Key Moments Recap :
Goal : 18′ Sebastian Soto 1 – 0
Alex Mendez long range missile kisses the woodwork as the Yanks get a corner after the referee spotted a deflection.

Sebastien Soto is the man as he heads home Alexis Mendez corner.The Flying Eagles must now fight back if they hope to win this clash

Goal : 46′ Sebastian Soto 2 – 0
Worryingly for Nigeria, A moment of carelessness for the Nigerian backline and Soto fires USA two goals ahead

USA U20 lost 2 – 1 their U20 World Cup opener against Ukraine, despite controlling possession and making twice as much passes as the Ukrainians. Now they look to get that behind them as they take on the Nigeria U20, who kicked off their campaign with a high flying 4 – 0 win over Qatar.
Nigeria dominated the affair and played 20 shots, as compared to Qatar’s seven. They were already two goals up in 25 minutes. defender Ikouwem Udo registered two assists settings up Maxwell Effiom and Okechukwa Offia in the first half.
Another loss for USA will not be nice for their World Cup campaign and Nigeria U20 team has actually never been an easy team to beat. Though sitting at the top in group, it is just the first game of the competition and both teams will still need ti fight their way into the top two teams qualifying for the round of 16 or try their best to be among the best ranked third place team to progress. 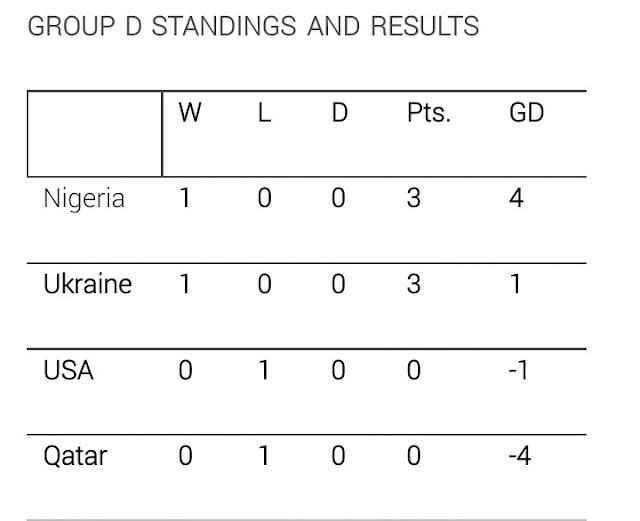 History And Stats Between The Sides