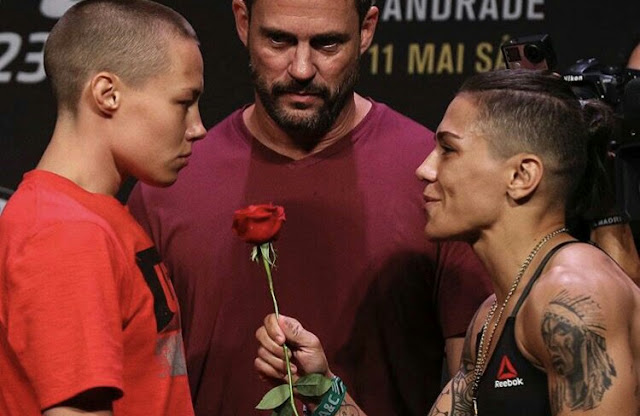 Rose Namajunas defends her UFC women’s strawweight championship against Jessica Andrade in the main event of UFC 237, which will be the first time she will be defending the title against someone other than Joanna Jedrzejczyk.

The co-main event will feature the return of Anderson Silva, who faces Jared Cannonier. The former middleweight king will be out to stop one of the fast rising prospects in the division.
The Card is also loaded with action packed bouts, which we will advise you not to miss but if you ever miss anything …. Check Back On This Page For Full Results and Highlights

Jessica Andrade with the SLAM KO OUT OF OF NOWHERE!

You won’t see a crazier finish in a title fight!#AndNew #UFC237 pic.twitter.com/WuTl1OcTQq

SUPERMAN!!@Superman_Spann silences the Rio crowd and puts Lil Nog away in round 1! #UFC237 pic.twitter.com/KjiqceRpD0

[…] Andrade defeated Rose Namajunas in the main event of UFC 237, knocking her out with a vicious slam and with that snatched away the UFC Strawweight […]

[…] Rose Namajunas will have to wait a little longer to revenge her loss to Jessica Andrade, which ended with…. […]

[…] defeated Namajunas with a slam knockout in their first encounter back in May 2019, snatching away th… in UFC 237. The rematch was anticipated as Namajunas was handing Andrade a beating before the slam, […]