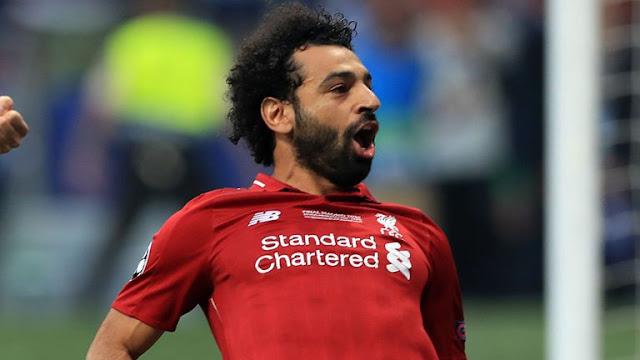 2′ Penalty To Liverpool
OMG! Handball by Sissoko within 30 seconds! Mane gets in behind down the left and goes to cross. Sissoko lazily leaves his arm outstretched. It hits his chest then rolls down his arm. The referee is on the case and points to the spot!

Goals : 2′ 0 – 1 (pen.) Mohamed Salah
Those Tottenham fans arriving late won’t believe what they’ve missed. Sissoko’s brain fade has put his team on the backfoot. Salah steps up and thumps it into the roof of the net.
That’ll settle the nerves in the red camp. Unreal start.

Goal : 87′ 0 – 2 Divock Origi
The European Cup is going back to Merseyside! A corner isn’t cleared properly by Spurs and Matip keeps it alive by shifting it to Origi on the angle. With one swipe of his left foot the ball arrows right into the bottom corner. He’s off to celebrate at the corner flag in front of his adoring public.
Liverpool are ruthless. They know how to win.

Tottenham Hotspur and Liverpool FC will meet at the Wanda Metropolitano on June 1st for the UEFA Champions League Final, which crowns a spectacular season full of surprises and comebacks.

For the first time since 2008, two English sides meet in the final and both had to make it against all odds, especially Liverpool FC who overcame a three goal deficit, trashing FC Barcelona to book their spot in the final. The Spurs had lost their first leg to first leg at home 1 – 0 but pulled off a great performance away to knock out Ajax.

Liverpool will be getting another go at Europe’s prestigious trophy after coming up short against Spanish Giants Real Madrid last year while Tottenham Hotspur will be having their first go at Champions League glory.